Something that struck me in jumping from “The Woman Warrior” to “No-No Boy” were the similarities between Maxine’s mom and Ichiro’s mom. They both are hardworking women, described as cold and relatively unfeeling, and they both have superstitions that cause their children to think of them as “crazy.” However, I think their roles in the stories are a bit different. In distancing herself from her mother, Maxine felt like she was beginning her journey to the woman she was becoming. Her relationship with her mom, coming to a turning point at the end, in some ways shows the way that her thoughts about her womanhood and her culture as a Chinese American progressed. To me, the way that Ichiro feels about his mother and his distance from her really helps to show the dichotomy between him as an American and him as Japanese. When reflecting on why he didn’t fight for America, he says, it was not my mother, whom I have never really known” (32). He feels distanced from her, and I have read it often as him also feeling distanced from Japan. His reasons for qualms with America are made very clear – he did not want to fight because of the way Japanese people were being treated in America. His distance from Japanese culture isn’t really spelled out in the same way, but I feel like it’s written into the parts of this book that are about Ichiro’s mother. Thoughts? Did anyone pick up on the similarities between Maxine and Ichiro’s mothers as well? What do you think about the roles that they play in these books? 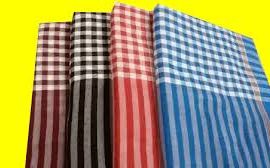